I heard about Whipstitch Deborah's Sewing Buddies Project on instagram -- I think -- instagram tends to be where I mostly hang out, in an online sense, so I figure it must have been instagram.

This is the sixth time that Deborah has run the Sewing Buddies project.  She matches up sew-ers from all over the world, to buddy up and share sewing-related ideas and projects over the course of a year.  Read all about it here.  My sewing buddy for the year is Johanna, who lives in Sweden!

The first Sewing Buddies project for the year was to make an artist trading card to swap.  I'd never really come across them before, so had a little stickybeak around Pinterest, having literally typed in 'artist trading cards' - take a look.

I toyed with a few different ideas for the cards, but then decided on really simple patchwork, and little stitched names.  And I very happily found the little thread-bobbins and sewing machines in my button jar.  The thread bobbins were yellow, red and navy, so I just wound new colours around them, to match the patchwork. 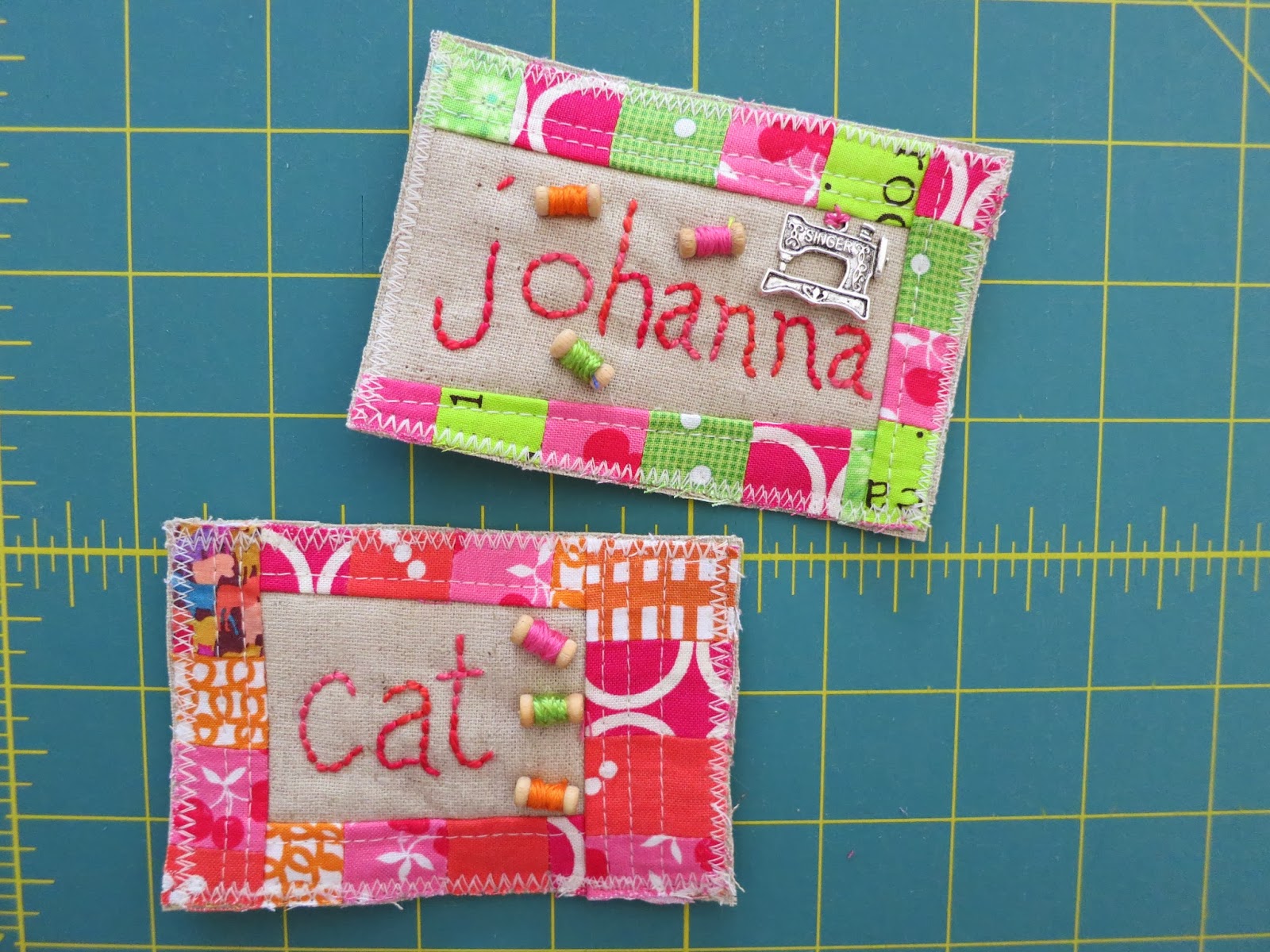 I think they are officially a little big, as I'd cut them with a quarter-inch seam allowance, and intended to  sew them with back and front pieces wrong-sides-together and then turn out.  But Plan A switched to Plan B, as the little patchworky bits were unravelling with the turning-out.  And I was possibly a little distracted with watching the Real Housewives of Melbourne.  So I just went with an organic, natural ( ah, that would be ... messy...) zig-zag finish instead. 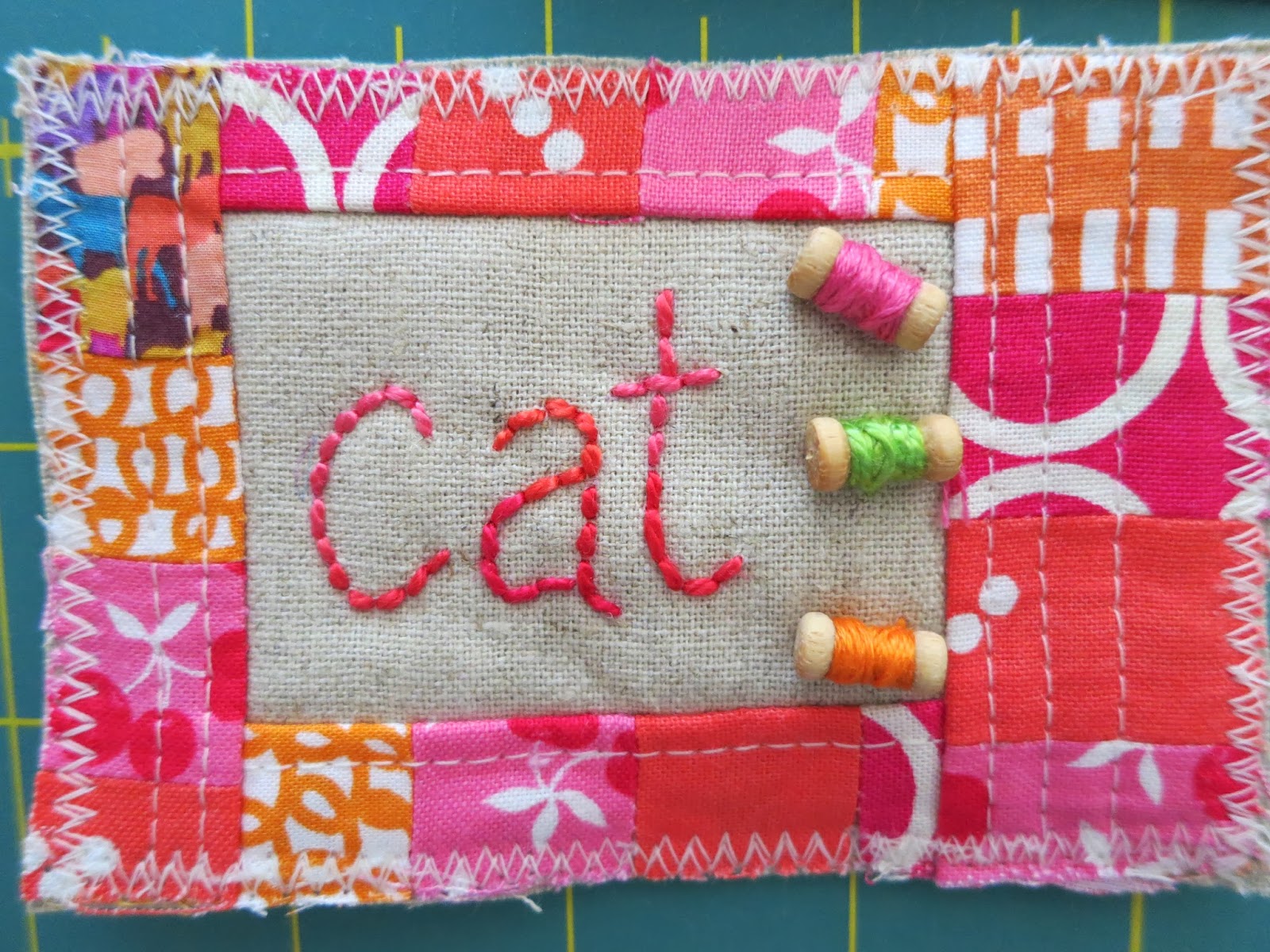 Orange + pink is my current favourite colour-combo, and I'd noticed on Johanna's blog that she had a  pink + green mini in her sewing space, so I went with that colour-combo for her. 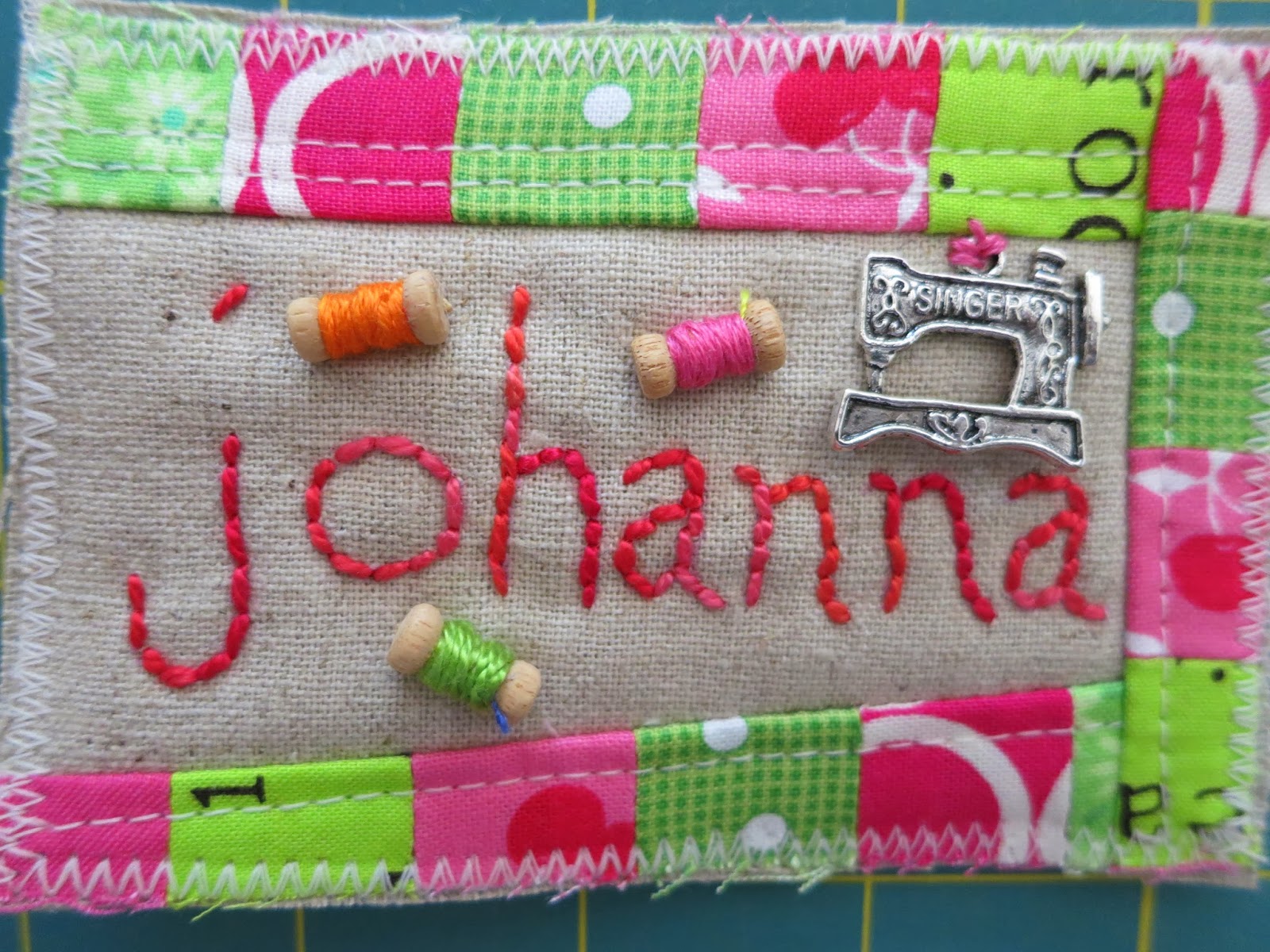 As soon as I get Johanna's postal address, this little one will be winging its way to Sweden!

Hope your week has been a good one.  Once the weekend arrives, we are officially halfway through the school term, wahooo!!  Is it too terrible that I am counting down the weeks til the school hols already, I can't wait ...  xoxo cat