Angie from GnomeAngel had a very good idea a little while ago.  She wondered whether there would be any interest in a sew-along for Laurie Aaron Hird's latest sampler quilt book - The Farmer's Wife 1930s Sampler Quilt. 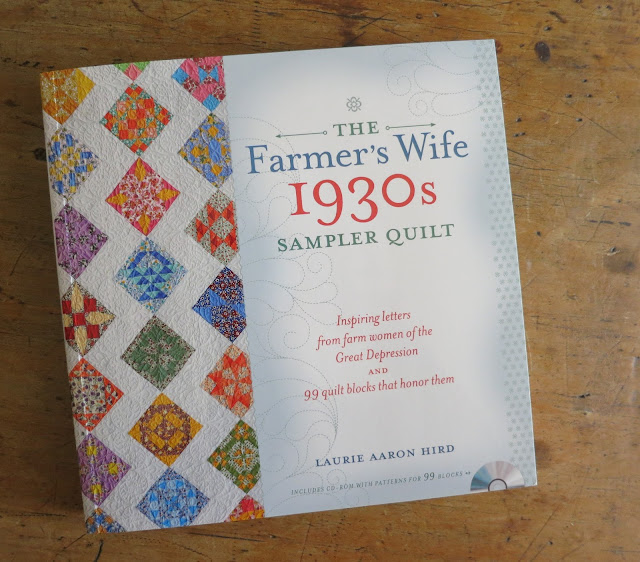 Angie got in touch with Laurie and also Fat Quarter Shop.  Fast forward a few months, and The Farmer's Wife 1930s Sampler Quilt Sew-Along has officially been launched!  In a little over two weeks, there are over 1,600 members in the Facebook group from all over the world - we're talking Australia!  New Zealand!  USA!  France!  Canada!  Japan!  UK! The Netherlands!  Germany! And even more countries!  It's a veritable United Nations of sewing.  And there is already a lot of excitement, planning and sharing going on in the Facebook group - it's a good place to be. 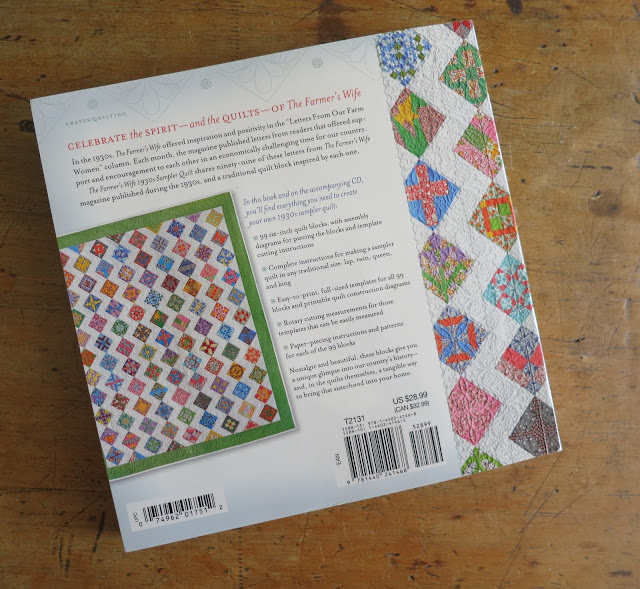 As you can see from the announcement post on Angie's blog, the Sew-Along kicks off on September 28 - so there is still plenty of time to get organised and ready to roll.  The book has 99 blocks.  The plan is for two blocks to be released each week - two on Angie's blog on Tuesdays and Thursdays, with guest bloggers sharing their blocks on Wednesdays and Fridays.  The book provides instructions for hand-sewing, machine piecing and paper-piecing.  And Angie and the guest bloggers will provide tips and tricks for piecing each of the blocks.  It's not just win-win, but win-win-win-win-win, wouldn't you say?

To join in the fun, you will need a copy of the book and a stash of fabric (or a hankering to buy some new fabric!).  There are Perfect Patchwork template sets available from Marti Mitchell that can help with piecing the blocks but they are not essential.  Marti has written a blog post that details the template sets that will be most helpful for the Sew-along - click through if you think the templates are going to be your secret weapon in piecing these blocks.  I've discovered via the Facebook group, that Marti's templates are also incredibly helpful in sewing all sorts of different blocks - they're not specifically for the Sew-along.

Look out for the Sew-along button throughout blog land - we're talking a YEAR-long Sew-along!   Lots of fun and gorgeous sewing to be had.

And oh, did you hear me say 'guest bloggers' up there?  I'm very happy to say that I'm one of them!  Click here to read Angie's blog post which details the complete list of guest-bloggers, with a little info about each of them and links to all their blogs.  It's going to be a lot of fun.  Happy weekend to you all, and happy Sew-along planning too.  xoxo cat
Posted by cat and vee xoxo at Friday, August 21, 2015