Do you know Justine Clarke's song 'Watermelon'?  We had Justine's 'I Like to Sing' CD on repeat when the girls were younger, so this song popped into my head when I was uploading my pineapple cushions pics - pineapples get a cameo in the song, it's not all watermelons all the time.  For your listening + viewing pleasure, I've popped a You Tube video of 'Watermelon' at the end of the post :-) 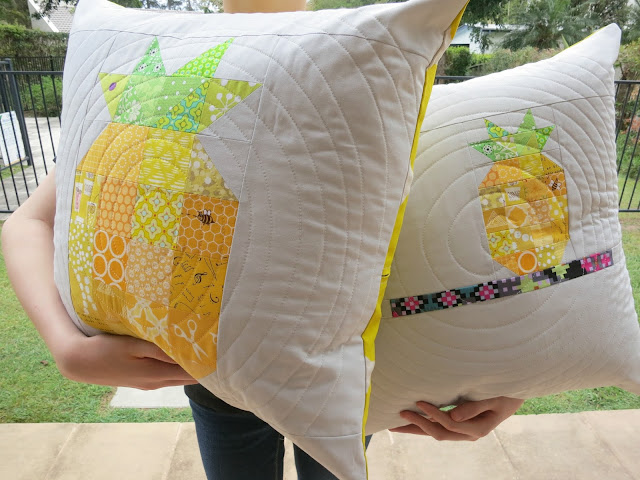 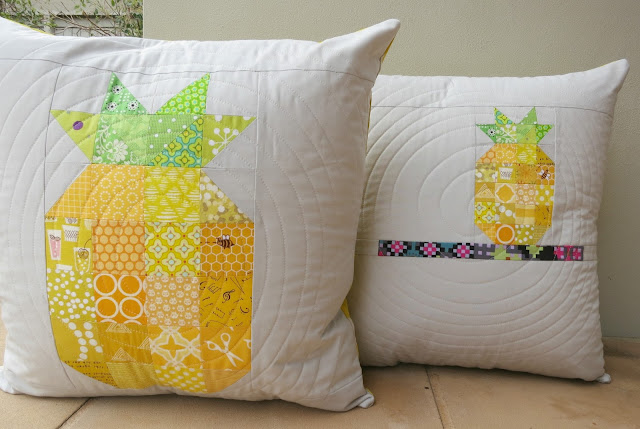 The pineapple pattern is by Jackie Padesky, who is @jackiepadeskyquilts on Instagram, but she isn't otherwise online as far as I can work out.  It's a great little pattern - the mother pineapple is the actual pattern size, and the daughter pineapple is half-sized, so I popped it on a little shelf. 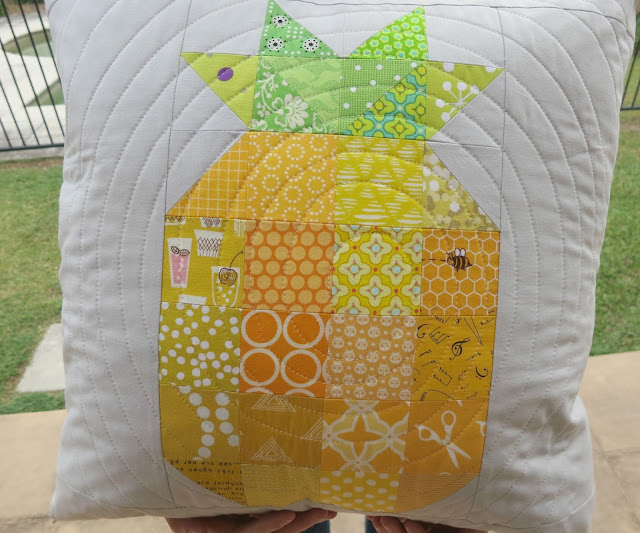 Jackie's pineapple has become so well known so quickly in the land of Instagram, it's even made it onto its very own Stately Type t-shirt - of course I've bought one from Holly + David, it's arrived and I'm loving it. 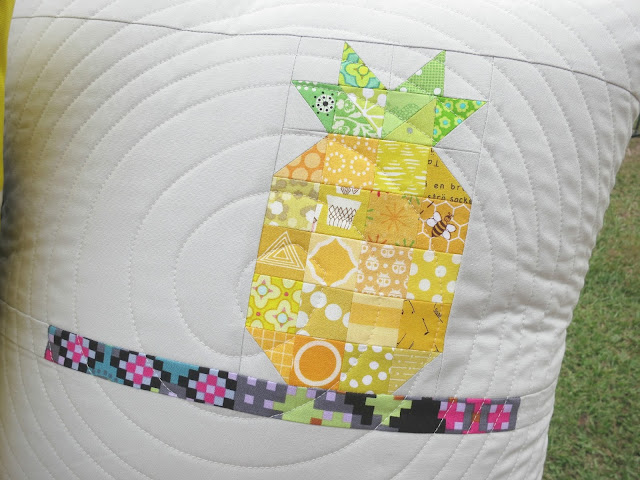 The cushions finished at just under 20 inches square, so I used 22 inch inserts so they'd be nice and plumpish.  For the backs, I used a cotton drill with big yellow spots from Spotlight, and a grey zipper. 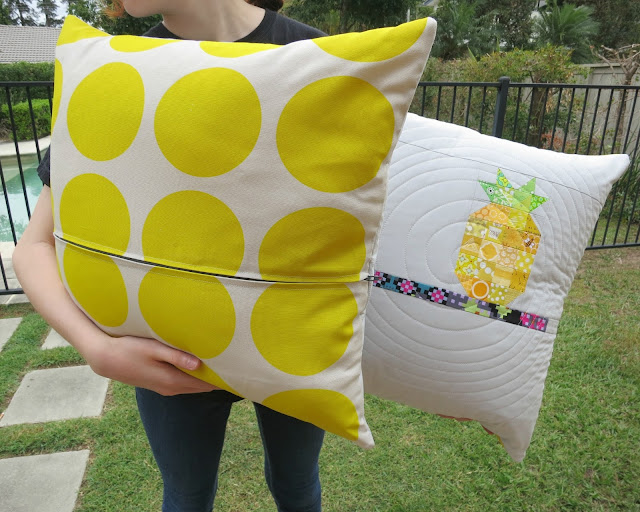